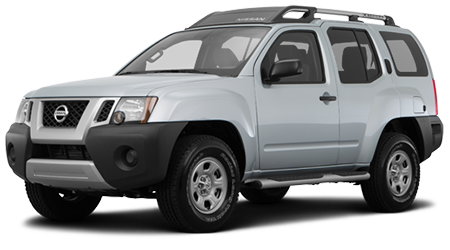 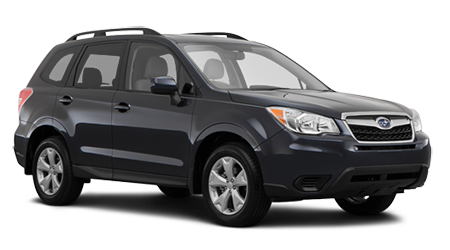 When you're looking for a rugged SUV that's been a proven performer for decades, look no further than the 2015 Nissan Xterra. Come visit Wallace Nissan in Stuart, FL, to take the 2015 Xterra out for a spin. If you're in Port St. Lucie, Palm City, White City or Jupiter, bring your whole brood down to Wallace Nissan and our courteous staff will put you in a 2015 Xterra today!

Let's take a look at how the 2015 Nissan Xterra stacks up against the Subaru Forester.

The proof is in the pudding and the power is in the 2015 Nissan Xterra. A 4.0L DOHC 24-valve V6 with 261hp powers the Xterra. For more control when off-roading, a 6-speed manual transmission is standard on upper trims and a 5-speed automatic is standard on the base model, as well as RWD. The Xterra Pro-4X comes standard with AWD. The Forester is powered by a choice of 2 engines -- a 2.5-liter 16-valve 4-cylinder with 170hp, or a 2.0-liter DOHC turbocharged 4-cylinder with a 250hp. A 6-speed manual transmission is standard on the lower models while a CVT automatic with paddle shifters is standard on upper trims. The Forester does comes standard with AWD, though it probably wouldn't be necessary in for everyday driving Florida's sunshine. Power-wise, however, there's no contest here, the 2015 Xterra definitely has a more powerful engine and allows for a smooth ride.

When you're not off-roading, you might want to take your family on trip in the comfortable 2015 Nissan Xterra -- and you might have a boat or trailer to haul behind you. The Xterra excels here, with a maximum towing capacity of 5000 pounds when properly equipped. The Forester can't light a candle to the Xterra in this category, as it only offers a maximum towing capacity of 1500 pounds. So if you need to hitch something to your SUV, there's no question, the 2015 Xterra has you covered.

Even on the base model Xterra, there's a lot of standard features that accompany its comfortable ride. 16-inch steel wheels, a tubular roof rack, and rear bumper steps are some of the muscular accents that give the Quest its signature looks. Interior features include Bluetooth, four 12-volt power outlets, power doors and windows, a six-speaker audio system and illuminated steering wheel controls. The Forester comes with 17-inch wheels and similar features, but there's only a 4-speaker audio system and there are no standard roof rails.